ZADAR "The Greeting to the Sun"

Croatia - Zadar - The Greeting to the Sun

After the world-known Sea Organs, Zadar has become wealthier with one more urban installation. On Istarska obala, at the very end of the Zadar peninsula, next to the famous Sea Organs, shines the Greeting to the Sun made by the same architect Nikola Bašić. 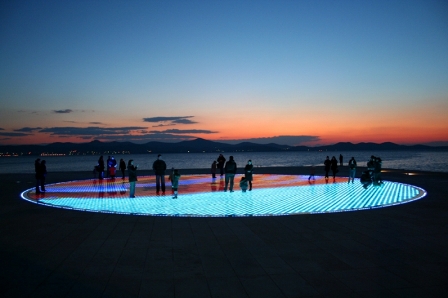 The Greeting to the Sun consists of three hundred multi-layered glass plates placed on the same level with the stone-paved waterfront in the shape of a 22-meter diameter circle. Under the glass conduction plates there are photo-voltage solar modules through which symbolic communication with nature is made, with the aim to communicate with light, just like the Sea Organs do with sound.
Simultaneously with the „most beautiful sunset in the world" the lighting elements installed in a circle turn on, and, following a particularly programmed scenario, they produce a marvelous, exceptionally impressive show of light in the rhythm of the waves and the sounds of the Sea organs.
The photo-voltage solar modules absorb the sun energy and then transform it into electrical energy by releasing it into the distributive voltage power network. It is expected for the entire system to produce around 46.500 kWh yearly, being, actually, a small power plant from which energy will be used not only for the Greeting to the Sun installation, but also for the lighting of the entire waterfront. This energy will be three times cheaper than the actual one, and the project itself is a unique example of connecting the use of renewed energy sources, energy efficiency and city space arrangement. 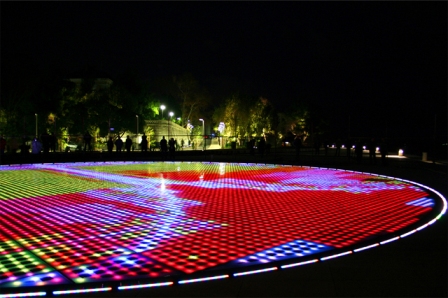 In cooperation with prof. Maksim Klarin from Zadar Maritime School, the names of the saints after which present and previous churches on the peninsula have been named are carved in the ring surrounding the Greeting to the Sun. They are sanctae Anastasiae, sancti Donati, Simeonis Ivsti, Chrysogoni and Zoili, and also Hieronymi, Lucae, Platonis, Eliae... Next to their names and the date of their feast day are the declination and the altitude of the sun, the length of the sunlight on that day and in that place on the waterfront. Thus the connection is emphasized between Zadar and the Saint Grisogonus Calender, who contributed greatly in marking time and astronomic navigation at its very beginnings. 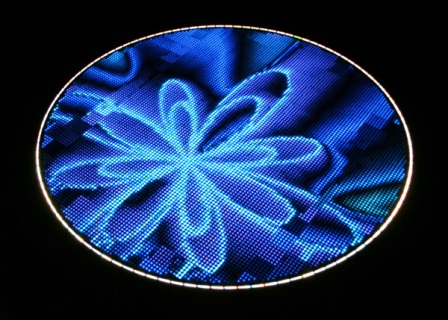 The Greeting to the Sun installation, as a model of the solar system with its appertaining planets, is connected to the Sea Organs whose sound is transposed into a show of light that starts performing on the Zadar waterfront after sunset. In creating the lighting effects, the installation will be able to receive other outer, spontaneous impulses through modem connection, while the lighting pictures will adapt to different occasions.
The attractiveness of the Sea Organs, for which the esteemed Zadar architect Nikola Bašić has received numerous international and national awards, has charmed not only Zadar and Croatia, but also the entire world, and there is no doubt that Zadar has acquired a new and excellent attraction with its Greeting to the Sun. 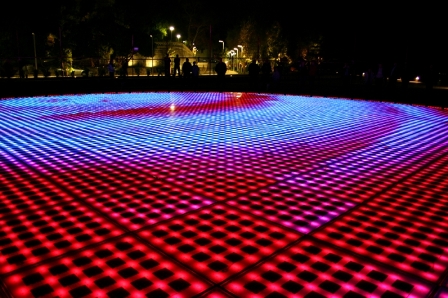 St. Grisogonus Calendar
The names and numbers carved on the ring surrounding the installation on the waterfront - Momentum to the Sun - are part of the St.Grisogonus Calendar, developed in Zadar and found in 1964 in the Bodleian Library in Oxford. It dates from 1292 or 1293, and is among the oldest of such documents in the world, and possibly the first to have astronomy data written in Arabic numbers. Besides the calendar with the feast days and names of saints, it also has the astronomy part which shows the sun efemeride, the coordinates of the heavenly bodies, their angle distances from determined immovable flat surfaces, straight lines or points. 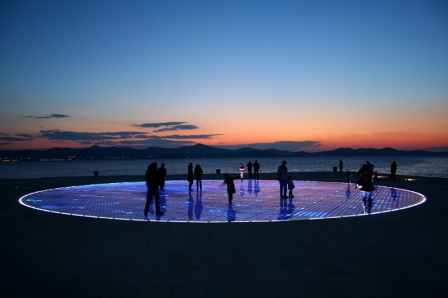