The name Bibano/Bibanum dates as far back as the 11th century. The population always deponded on agriculture and cattle breeding, followed by the fishing trade in more recent times.
There is a marina in the Bibinje areal called Dalmacija, with various facilities. It's area is about 70,000 m2, and it is the largest Adriatic marina with 1,400 berths. 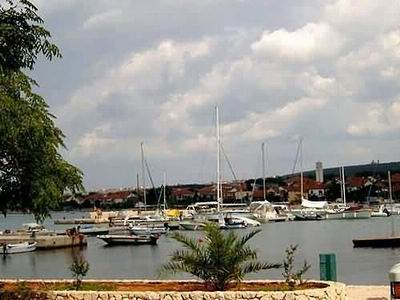 Local restaurants offer special dishes of the region, there are cafes, small shops, a self-service shop in the town center, a repair shop for motor vehicles and boat engines. There is a post office with money exchange office, a kindergarten, a general pactice clinic, a dentist's office, a drugstore. 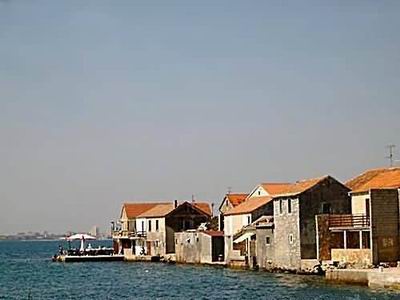 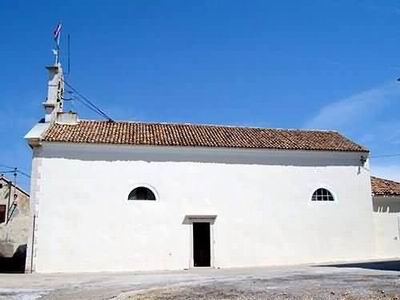 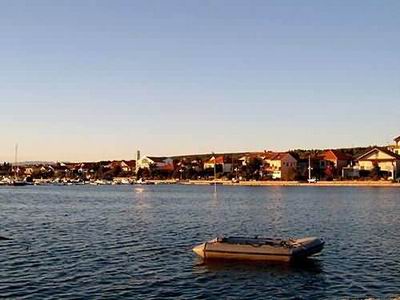 All the beaches in Bibinje are arranged and with all necessary contents. Punta Rozica beach is the main  beach and is situated rihgt in the centre of Bibinje. It is covered with gravel and cement.

The beach called Punta  lies on the east of Bibinje, close to marina and is famous for its restaurant, caffe bar and  beach valley-ball court. There are also some other beaches such as Frnaza beach, Lipauska beach and Sulter bay beach.

All along Bibinje you can find private accomodation such as apartments and rooms. There are also two  boarding houses.
For those who prefere camping there is :
- auto-camping Matea. 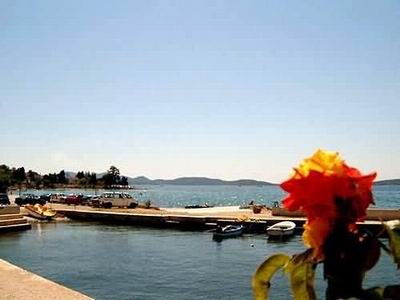 Bibinje - Sport and Recreation :
When marina Dalmacija was built,  an excellent conditions for development of Nautical tourism appeared. Having the ideal location, in the middle of the most indented coast near numerous Dalmatian islands that make this coast so special, marina opens the door for everyone to enter the most appealing cruising area.The diving center located in Marina Dalmacija organizes diving excursion and the diving courses according to the associations PADI, NAUI, CMAS, BSAC and their standards including all necessary materials ( visual and didactical ). Two diving instructors and two dive master’s are there for you.
Bibinje offers his guests other recreational possibilities that suit their habits. Tennis, swimming, volleyball, table tennis, indoor soccer, basket ball, cycling, bowling, and If you choose cycling, you won’t be sorry.  Bibinje  is ideal destination for cycling and nature fans.

Bibinje - Gastronomy :
The cuisine offered in Bibinje consists of the best quality features of Dalmatian Cooking, which is very healthy and simple to prepare (the dishes are mostly cooked without too many spices). It is essentially based on fish, seafood and mollusc dishes. It is also very important to mention olive oil, figs and grapes. All those specialitys you can taste  in all of the restaurants in Bibinje.

Bibinje - Events :
During the year, exspecially in tourist saison there are many traditionally cultural and sport events such as procession of  Easter great Friday, festival of folklore and customs of Zadar and Bibinje region, than there is the fest of singing called The meeting of Dalmatian crowds, The st. Roko´s fest and  other frequent sommer fisherman´s fests.
Bibinje - Cultural Heritages :

There is a very interesting ethnogaphic collection in the town museum, and sacral 15th century exhibits in the John the Baptist's Church. There are five Catholic chuches in Bibinje.

Two are open for the religions activiteis: the St. Rok Church (St. Rok is the protector of Bibinje), built in the 16 th century, and the newly built Assumption of the virgin Mary Church completed in 1984.